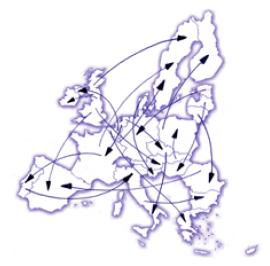 Judicial cooperation in civil matters aims to establish close cooperation between the authorities of the Member States in order to eliminate any obstacles deriving from incompatibilities between the various legal and administrative systems.

Initially governed by international conventions, judicial cooperation in civil matters was included in the

Maastricht Treaty as a 'matter of common interest', and subsequently in the

Treaty of Amsterdam (1997), which places judicial cooperation in civil matters at Community level by associating it with the free movement of persons.

The European Council held in its 1999

Tampere conclusions that “in a genuine European area of justice individuals and businesses should not be prevented or discouraged from exercising their rights by the incompatibility or complexity of legal and administrative systems in the Member States”. This confirmed their commitment to establishing a genuine area of justice “where people can approach courts and authorities in any Member State as easily as in their own”. This has been reconfirmed in the

The principle of mutual recognition is the cornerstone of judicial cooperation. The goal is that judicial decisions should be recognised and enforced in another Member State without any additional intermediate step, in other words, suppression of exequatur.

Enhancement of cooperation between Member States' justice systems is a driving principle of the European Guide for Legal Expertise that is a result of several years’ work of judges, lawyers, academics and experts led by the

The Guide provides framework recommendations that can be adapted by each Member State and each justice system, ensuring quality and usable practices in judicial expertise. It contains best practice recommendations on expert proceedings, on certification, on ethics and status, and on the creation of a European list of experts. Part of these recommendations can already be applied by experts, in particular: the declaration of independence at the beginning of each expert evaluation, the purchase of insurance, the practice of drafting a pre-report, and the writing of a structured report.

PDF version of the guide is available in the following languages: English, French, Spanish, Italian, German, Bulgarian, Portuguese and Romanian.