This page has been machine translated and its quality cannot be guaranteed.

The quality of this translation has been assessed as: unreliable

Do you consider this translation useful?

This page provides you with information about the costs of proceedings in Estonia. 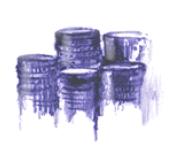 The fees of legal advisers are not regulated in Estonia.

Lawyers’ fees are not regulated in Estonia.

The fees of attorneys-at-law are not regulated in Estonia.

Advocates’ fees are not regulated in Estonia — it is determined in the client agreement. The person running a law firm or an advocate makes the initial price offer to the client and explains how the figure was arrived at. The client reimburses the necessary expenses incurred by the advocate or person running the law firm in providing the legal services.

Code of Civil Procedure, Sections 139-144 and the costs of litigation and extrajudicial costs. The court fees are state fees, bail and review costs. In each instance, the court must keep a record of the procedural costs incurred in the case, including the costs of examining the case.

Stage of the civil proceedings where fixed costs must be paid

The following costs must be paid in advance by the party applying for proceedings to be initiated or procedural acts to be carried out:

Unless the court rules otherwise, remuneration for experts, interpreters and translators is to be paid in advance by the party to the proceedings who submitted the application resulting in the costs.

The costs determined by the parties to

criminal proceedings are borne out by the Code of Criminal Procedure, § 175-179 and split into costs of procedures, specific costs, ancillary costs.

Costs which are incurred by persons who are not parties to the proceedings and which relate to the conduct of expert analyses will be reimbursed in accordance with the conditions and rules set out in the Forensic Examination Act.

Stage of constitutional proceedings where fixed costs must be paid

In constitutional proceedings, no fixed costs are incurred by litigants.

Prior information to be provided by legal representatives

Rights and obligations of the parties

Advocates are required to notify their clients of the full range of activities relating to the provision of legal services and of all the costs involved. The person running a law firm or an advocate makes the initial price offer to the client and explains how the figure was arrived at.

Costs of participating in proceedings

Costs to be borne by the successful party

The successful party bears the costs of remunerating the legal representative or adviser for those costs considered by the court to be reasonable and not to be borne by the unsuccessful party.

Costs to be borne by the unsuccessful party

According to the case law on the determination of costs, the unsuccessful party must reimburse the costs of the costs incurred by the winning party, which may include:

Where can I find information on cost sources in Estonia?

The legal bases for the determination of costs are laid down in the following legal acts:

In what languages can I obtain information on cost sources in Estonia?

Information on cost sources is available in Estonian.

Where can I find information on mediation?

are regulated by the Conciliation Act, which lays down mediators’ rights and obligations and also provides guidelines for implementing and enforcing agreements concluded with the help of a mediator. The following are entitled to conduct conciliation proceedings under the Act:

As regards recourse to mediation in family law, the Ministry of Social Affairs is encouraging development of the activities of family mediators. The website

of the Estonian Association of Mediators contains information in both Estonian and English. Similarly, the

Estonian Union for Child Welfare — a non-profit association supporting children’s rights — offers advice to parents wishing to separate or divorce and encourages them to use the services of conciliators in order to protect their children’s interests. The Union also organises training in the field of family mediation.

Where can I find additional information on costs?

Where can I find information on the average length of time different procedures take?

website gives statistics on proceedings in courts of first and second instance since 1996.

Where can I find information on the average aggregate cost for a particular proceeding?

How is this information provided?

In order to be reimbursed the VAT added to the procedural costs, the declarant must confirm that he or she is not registered for VAT or is unable to recover VAT for any other reason.

What are the applicable rates?

Applicable income threshold in the area of civil justice

State legal aid is one of the methods of granting aid and the procedure for granting State aid in civil proceedings is governed by the rules of procedure of the Code of Civil Procedure.

No procedural assistance shall be granted to a natural person if:

When assessing the economic situation of the applicant, account shall be taken of its assets and income, and of the property of the family members who are also living with them, the number of their survivors, the reasonable costs of housing, and other reasonable circumstances.

Other conditions attached to the granting of legal aid for victims

The State may grant procedural assistance in accordance with the Code of Civil Procedure. the types of legal aid guaranteed by the State and the conditions and rules for obtaining legal aid of this nature are regulated by the

The conditions applicable to the granting of legal aid for suspects or defendants are the same as for victims.

When does the losing party have to pay the winning party’s costs?

The court dealing in civil matters, in the judgment or in the order concluding the proceedings, shall state the division of procedural costs between the parties to the proceedings. The court shall indicate, where applicable, the proportion of the costs of proceedings to be borne by either party. If a higher court amends a judgment or passes a new judgment without referring the matter for a new hearing, the court is to amend the division of the procedural costs accordingly, if necessary.

If the court settlement has entered into force or the court has declared enforceable immediately, the creditor may appeal to the bailiff for the enforcement of the decision. If the deadline for the voluntary execution of a writ of execution in a court decision is not assigned, it shall be determined by the bailiff. The period shall not be less than 10 days and shall not exceed 30 days. With the collector’s consent, the bailiff may order the period of the voluntary execution of the enforcement document for a period exceeding 30 days.

If the court does not specify otherwise, the expert will pay, to the extent determined by the court, the party who applied for the costs. If both parties submit an application or if the court summons an expert, the costs are split equally between the parties.

Expenses relating to the preparation and assembly of an expert opinion shall also be reimbursed, including the necessary expenditure on materials and facilities used for the study, up to a maximum of 20 % of the expert’s expenses, as well as the cost of travel and the necessary expenses arising from the trial, in particular the costs of accommodation and meals.

The fee to be paid to an expert and the costs incurred by the expert that are to be reimbursed are determined by a ruling of the same court which involved the expert.

Experts are remunerated only on request. If an expert has fulfilled his or her obligation, the court pays the fee due regardless of whether the parties to the proceedings have paid the costs in advance or whether recovery of the costs from the parties has been ordered.

The cost of forensic services carried out by the State Authority and the cost of the expert body are laid down in the forensic equipment.

Experts’ fees and expenses relating to the conduct of an expert assessment by a public forensic institution are part of the procedural costs and are reimbursed by the unsuccessful party in the same manner as procedural costs.

The fee to be paid to interpreters or translators and the costs to be reimbursed are determined by a ruling of the same court which involved the interpreter or translator.

When determining the hourly rates to be paid, the court takes account of the qualifications of the interpreter or translator, the complexity of the work, any unavoidable costs that have arisen and the particular conditions in which the interpretation or translation was required.

The interpreter will also be entitled to reimbursement of the travel expenses and other expenses incurred as a result of judicial proceedings, in particular the costs of lodging and catering.

Interpreters and translators are remunerated only on request. The court pays the fee due to the interpreter or translator regardless of whether the parties to the proceedings have paid the costs in advance or whether recovery of the costs from the parties has been ordered.