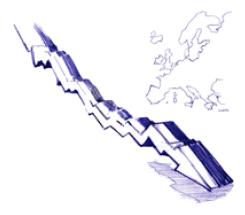 On 26 June 2018 the Ministry of Justice completed the first phase of the project entitled ‘Insolvency Register Interconnection (IRI) for Europe’, partly funded under the European Commission’s Connecting Europe Facility programme (Connecting Europe Facility in the field of trans-European Telecommunications networks: CEF-TC-2016-2: European e-Justice Portal), for which Croatia applied as part of a consortium with Germany, France, Italy and Romania.

The priority of the CEF is to finance and implement e-services necessary for communication within the system interconnecting bankruptcy registers.

The Insolvency Register was established in accordance with

The data in the Insolvency Register are refreshed at least daily and cover:

All data in the Register lie within the jurisdiction of the courts before which proceedings are conducted.

In the second phase of the Insolvency Register Interconnection (IRI) for Europe project, national insolvency registers will be interconnected through the European e-Justice Portal.

The national language version of this page is maintained by the respective Member State. The translations have been done by the European Commission service. Possible changes introduced in the original by the competent national authority may not be yet reflected in the translations. The European Commission accepts no responsibility or liability whatsoever with regard to any information or data contained or referred to in this document. Please refer to the legal notice to see copyright rules for the Member State responsible for this page.