The judicial system, or judiciary, is the entirety of courts and judicial authorities in a state or in another sovereign organisation such as the European Union (EU). The main task of the courts is to resolve legal disputes and to ensure that the law is applied correctly and coherently. 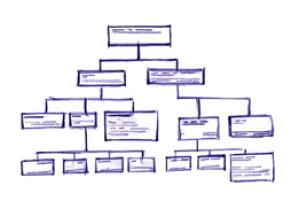 Each of the EU Member States and also the European Union has its own judicial system. On the following pages:

you can find information on the organisation of courts and the relevant procedures. If you have to go to court you can get guidance in order to find out which court will deal with your case.

The responsibility of the courts to apply the law implies that they also have to interpret it. By making new interpretations, they also create case law.

While the judicial systems of the Member States differ significantly in detail, there is a set of common principles which apply to all of them, as well as to the EU as such. One of these common principles is that the courts must be impartial and independent of the government and the legislator (i.e. the institution(s) passing the law). This principle of independence of the judiciary is one of the values on which the EU is founded: the rule of law and respect for freedom, equality and fundamental rights. It is expressly mentioned in Article 47 of the

Charter of Fundamental Rights of the EU, and in Article 6 of the